‘Thanks government!’ Hostel full of 93 backpackers spend Christmas in a luxurious five-star hotel as they’re put into quarantine after they were exposed to Covid by an unvaccinated Frenchman who sparked Perth’s outbreak

Going from a 12-person dormitory room to a five-star hotel is what every backpacker dreams of – and it has come true for 93 of them in Western Australia.

The one problem is, they’ve been moved up in the accommodation world to Perth’s Westin hotel because they may all be infected with Covid-19.

They are not allowed to leave their rooms and when one walked down the corridor to complain about the room service, he was arrested.

Backpackers, such as the woman pictured, were moved from a hostel to a five-star hotel to quarantine after a Covid-19 outbreak 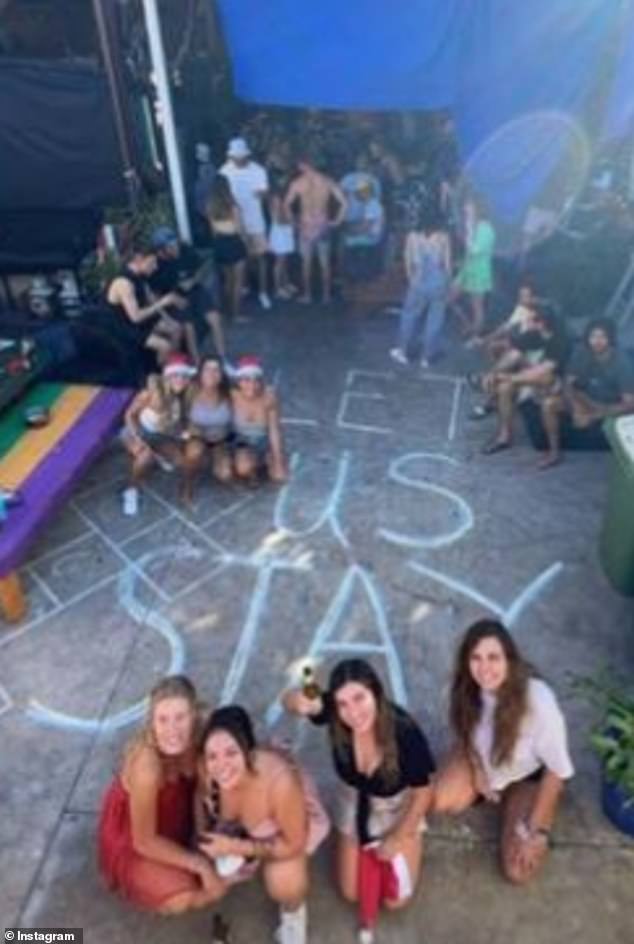 Another couple wrote ‘thanks government’ on social media to celebrate their upgraded accommodation, despite not being able to leave it.

After their previous digs at Fremantle’s Old Fire Station hostel became a Covid hotspot in Perth’s coronavirus outbreak, the group of 93 was taken to the Westin in Perth’s CBD to quarantine on Christmas Eve.

About 100 people staying at the Old Fire Station were at the Perth Mess Hall on December 19, where an unvaccinated French backpacker dined during 11 days he was active in Perth while infected.

At least six people have since tested positive for Covid from that event, including one backpacker.

A close contact of an unvaccinated 25-year-old infectious French backpacker – who sparked the latest Perth outbreak – stayed at the Fremantle hostel. 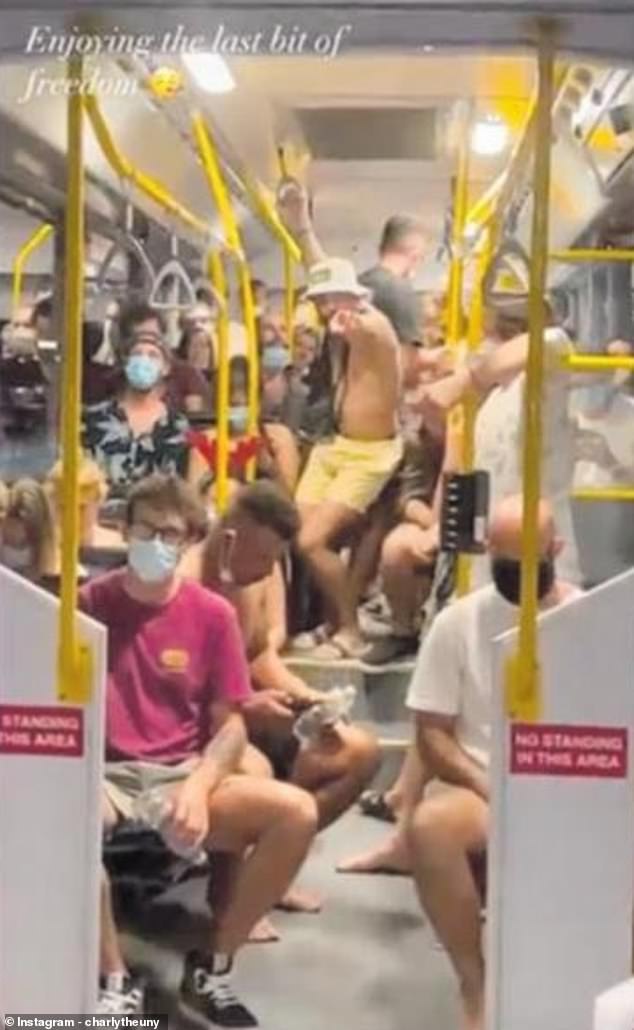 Backpackers (pictured), some of whom were shirtless and maskless, partied on a bus taking them to luxurious hotel quarantine in Perth

Some of the backpackers held a ‘lockdown Christmas party’ before they were taken by bus to the Westin.

Chalk messages on the ground of the Old Fire Station demanded authorities ‘let us stay’, and shared on social media accounts.

Other social media postings included videos of the backpackers drinking and dancing as police and WA Health made preparations outside to transport them, some going maskless and shirtless.

They kept the party going on the buses to the hotel. One backpacker wrote ‘Covid, you won’t stop us dancing’ in a video from inside the bus. 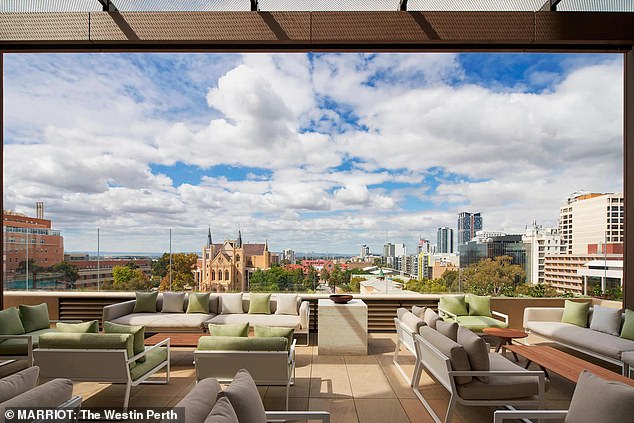 Western Australia recorded two new Covid infections on Christmas day. Both are linked to the Perth Mess Hall event and are in hotel quarantine.

The Old Fire Station hostel’s owners said their cleaning team is in isolation and they had no help from WA Health after their guests were taken away on Friday night.

‘It’s like we’ve been hit by a bomb,’ they told The West Australian. ‘[The government] has completely walked away from the whole thing.’